http://economictimes.indiatimes.com/news/news-by-industry/jobs/women-entrepreneurs-shine-at-dicci-first-trade-fair/articleshow/11154404.cms
Posted by Bapu Raut at 6:01 AM No comments: Links to this post

It’s by now a seasoned demand, the one for a separate Vidarbha state, to be carved out of eastern Maharashtra (comprising 11 districts bordering three states). The movement has peaked more than once over the years but has lacked in critical areas, like in the drama and histrionics of the Telangana movement or the ruthless official decision-making, as has been the case in Uttar Pradesh. That said, ‘Vidarbha’ renews its demand each time the small-states issue occupies the national agenda.
December 12 is the new date set for another boost to the concept. “This time we are serious about an all-out agitation,” says Nagpur-based ex-MP Jambuwantrao Dhote, who has led many agitations on the issue. He realises, though, that the campaign carries a peculiar complexity—the political party at the forefront of it, the BJP, is hemmed in by an alliance partner, Shiv Sena, that’s bitterly opposed to it. (The Sena claims a part of its lingua-political legacy from the Samyukta Maharashtra movement which led to the creation of Maharashtra in 1960.)“We cannot allow Maharashtra to be divided,” says Sena MP Bharat Raut. In addition, the BJP has now to contend with a Sena clone too—Raj Thackeray’s Maharashtra Navnirman Sena—that also draws its identity and support on the basis of Marathi asmita (identity). This was why the BJP-led NDA—which had created three small states during its reign at the Centre— had been unable to do so for Vidarbha. But this time around BJP state general secretary Vinod Tawde is adamant. “We are committed to statehood for Vidarbha... there are sound economic reasons for it,” he says. Colleague and Nagpur MLA Devendra Fadnavis has also convinced the party leadership (not that BJP president Nitin Gadkari who’s from Nagpur needed much convincing) of these. “Vidarbllocation from the Centre is skewed because in united Maharashtra, development and wealth in Mumha has good quality raw materials and soil, yet it remains backward in development,” says Fadnavis. “Budget abai-Pune evens out the extreme low GDP of eastern Maharashtra.”
The Congress is, so far, in the comfort zone; given the battle between the BJP and Sena, it can afford to stay out. It’s a relief for AICC general secretary Vilas Muttemwar, for he was once the region’s mascot for a separate Vidarbha, going as far as to write to PM Manmohan Singh in 2009 to press the demand. But since becoming general secretary, he’s been rather silent. “We are not surprised,” says Kishor Tiwari, a social activist who’s documenting the spate of cotton farmer suicides. “The Congress is responsible for our backwardness. There are Planning Commission reports, fact-finding committee reports, the CAG findings of ’07 and the Maharashtra government’s own papers which all say that there’s a severe backlog in funds allocated to Vidarbha. How will the region progress?”
The reports all point to the fact that western Maharashtra—represented by the politically powerful sugar lobby and Maratha politicians—has cornered the major allocations at the expense of other regions, including Vidarbha. The backlog was in the region of Rs 15,000 crore five years ago, despite the existence of statutory development boards under Article 371 (2) of the Constitution to set right the balance. Now, regional leaders and businessmen are convinced that only a separate state can fulfil their aspirations. Vidarbha, they point out, has everything going for it: it’s not drought-prone like Marathwada, has been power surplus in the last two decades, houses two-thirds of the state’s mineral resources and three-fourths of forest resources. It’s a powerful argument that has rallied non-political outfits like Vidarbha Rajya Nirman Samiti, economic/trade associations, and student organisations to join the agitation.
Read more »
Posted by Bapu Raut at 12:20 PM No comments: Links to this post

Posted by Bapu Raut at 12:10 PM No comments: Links to this post

A low-caste Dalit boy has been killed in the northern Indian state of Uttar Pradesh for sharing a name with a man of a higher caste, police say 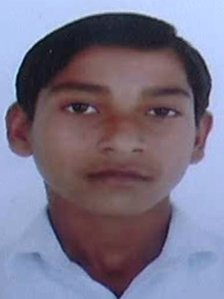 http://www.bbc.co.uk/news/world-asia-india-15997648
They said Neeraj Kumar's father Ram Sumer had been asked to change the names of two sons as they were the same as those of Jawahar Chaudhary's sons.
The body of Neeraj, 14, was found on 23 November in a field. Two friends of the Chaudhary family have been arrested.
Mr Chaudhary denies the involvement of his family in the murder.
He says the family is being framed by police.
Dalits, formerly known as "untouchables", are at the bottom of the Hindu caste system in India.
Although caste discrimination is illegal, biases remain in many areas.
Strangled
The latest incident took place in Radhaupur village in Basti district.
Both Ram Sumer and Jawahar Chaudhary have sons named Neeraj and Dheeraj and that has long been an issue between the two families, Sub-inspector Praveen Kumar said.
Mr Chaudhary, who belongs to a higher caste, had given several warnings to Mr Sumer to change the names of his boys.
On 22 November, Neeraj left home after dinner to watch television at a friend's house. His body was found the next day.
Police said he was strangled.
Mr Chaudhary's sons - Neeraj and Dheeraj - are missing, but police have arrested two friends of the family who they say had a role in the murder.
Posted by Bapu Raut at 10:30 AM No comments: Links to this post

Visited to Car Nicobar during 2010